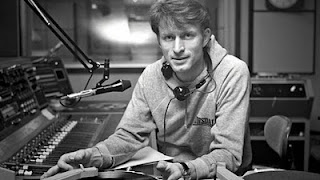 Another great radio show from the 1985 with Charlie talking to Miriam Makeba. City Beats 18 is all it says on the cassette sleeve from which it is dubbed. Again I apologise for the poor sound quality due to tha age of the tape.

" Miriam Makeba was born in Johannesburg in 1932. Her mother was a Swazi sangoma and her father, who died when she was six, was a Xhosa. As a child, she sang at the Kilmerton Training Institute in Pretoria, which she attended for eight years.

Makeba first toured with an amateur group. Her professional career began in the 1950s with the Manhattan Brothers, before she formed her own group, The Skylarks, singing a blend of jazz and traditional melodies of South Africa.

In 1959, she performed in the musical King Kong alongside Hugh Masekela, her future husband. Though she was a successful recording artist, she was only receiving a few dollars for each recording session and no provisional royalties, and was keen to go to the United States. Her break came when she had a short guest appearance in the anti-apartheid documentary Come Back, Africa in 1959, by independent filmmaker Lionel Rogosin. The short cameo made an enormous impression on the viewers and Lionel Rogosin managed to organise a visa for her to leave South Africa and to attend the première of the film at the Venice Film Festival."

Having listened to this again I realise that Miriam Makeba isn't actually on this tape but there must be another tape with her on but I cant find it at the moment so you'll have to make do with the second half of the two hour prgramme. If the bit with Miriam turns up I will indeed upload it.

Charlie Gillett - Miriam Makeba Part 2
Posted by Wastedpapiers at 8:01 AM