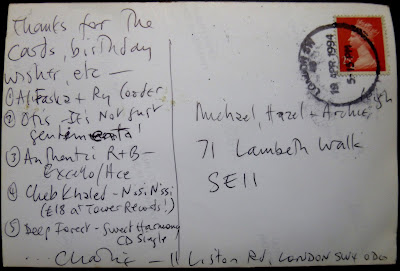 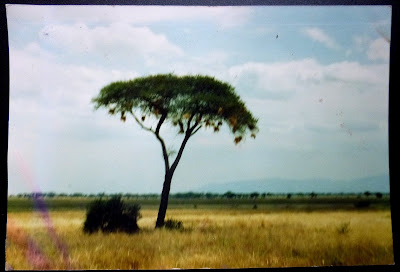 Following on from the Honky Tonk Record Collectors List the other day - here's a postcard made from a photo Charlie took in Africa one supposes on one of his many trips. Not sure about the interesting list he attaches here - birthday presents maybe? We used to live in Lambeth Walk in South London and Charlie gave me a lift home after the spot |I did on his show and said about the pub next door to us "Blimey, I used to put bands on there - it must have drove you mad!" Anyway hopefully can track them down on You Tube and add them. Ry Cooder Ali Farka Toure - Talking Timbuktu Otis Redding - Try A Little Tendeness Cheb Khaleb Deep Forrest - Sweet Harmony Well rather stuck on the Excello Ace comp but I expect it's out there somewhere. Cheb Khaleb track isnt on there either but closest I could get. I'm sure Charlie would approve.
Posted by Wastedpapiers at 9:33 AM No comments: 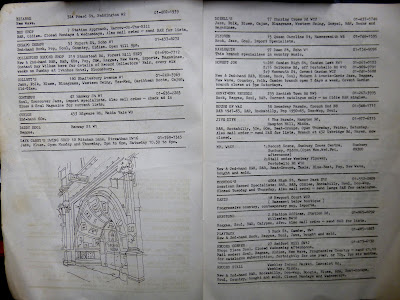 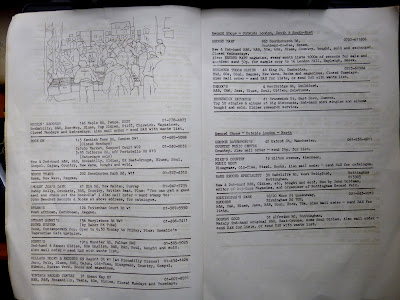 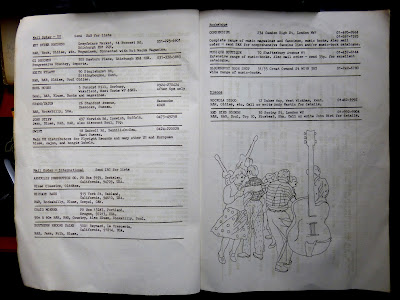 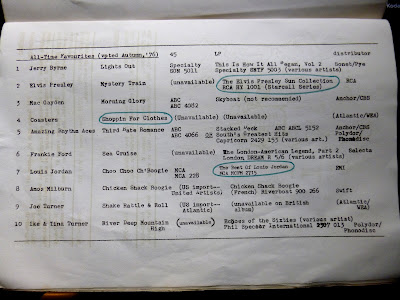 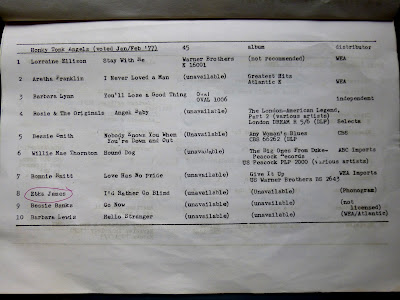 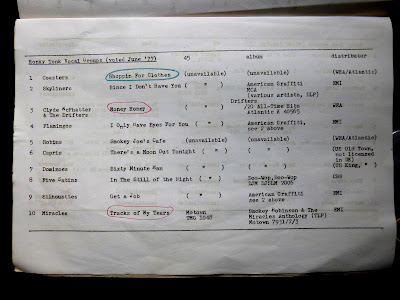 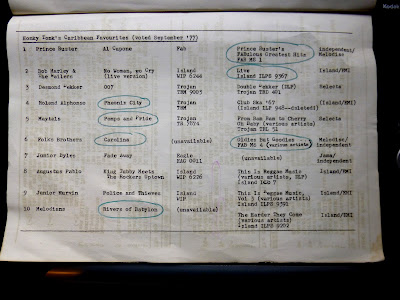 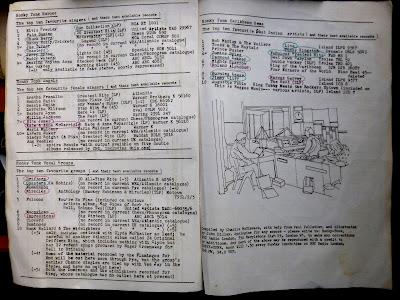 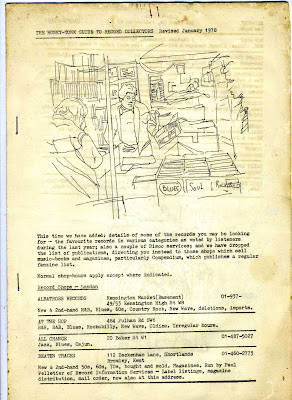 Have been digging through some old mildewed boxes in the attic and found this stapled list from around 1978/9 sent to me by Charlie Gillett when he did his wonderful old Honky Tonk show on BBC Radio London on Sunday afternoons for a few years. As you know I've featured a few old shows here in the past. Sadly time constraints forbid me to add any audio with this but thought it might interest a few of you who follow this blog. Its 13 pages long so cant upload all of it, but it is mainly lists of record shops, sadly mostly all defunct I suppose. In the late 70's their were still quite a few left. Also included are the poll results for Honky Tonk heroes- Best Male singer, best Vocal group etc. If I get time I will scan some more pages if anyone is interested.
Posted by Wastedpapiers at 8:59 AM 8 comments: 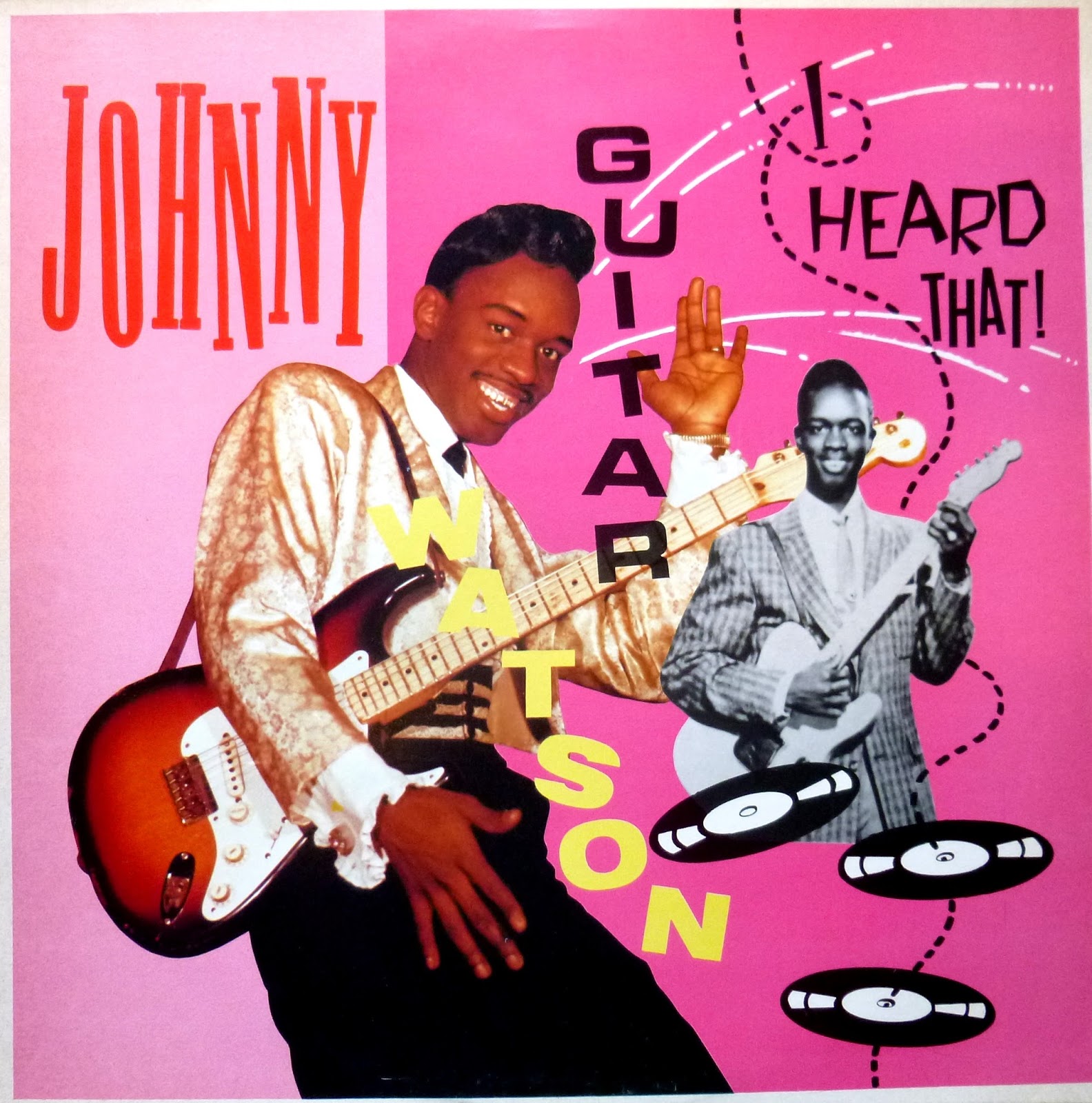 Excellent rhythm and blues album on the Charly label from 1985. Compilation by Cliff White from tracks Watson made in the 50's and 60's.  Some blistering guitar which I'm sure could give Hendrix a run for his money back in the day.


“Watson was born in Houston, Texas.His father John Sr. was a pianist, and taught his son the instrument. But young Watson was immediately attracted to the sound of the guitar, in particular the electric guitar as played by T-Bone Walker and Clarence "Gatemouth" Brown.
His grandfather, a preacher, was also musical. "My grandfather used to sing while he'd play guitar in church, man," Watson reflected many years later. When Johnny was 11, his grandfather offered to give him a guitar if, and only if, the boy didn't play any of the "devil's music". Watson agreed, but "that was the first thing I did."[citation needed] A musical prodigy, Watson played with Texas bluesmen Albert Collins and Johnny Copeland. His parents separated in 1950, when he was 15. His mother moved to Los Angeles, and took Watson with her.

In his new city, Watson won several local talent shows. This led to his employment, while still a teenager, with jump blues-style bands such as Chuck Higgins's Mellotones and Amos Milburn. He worked as a vocalist, pianist, and guitarist. He quickly made a name for himself in the African-American juke joints of the West Coast, where he first recorded for Federal Records in 1952. He was billed as Young John Watson until 1954. That year, he saw the Joan Crawford film Johnny Guitar, and a new stage name was born.
Watson affected a swaggering, yet humorous personality, indulging a taste for flashy clothes and wild showmanship on stage. His "attacking" style of playing, without a plectrum, resulted in him often needing to change the strings on his guitar once or twice a show, because he "stressified on them" so much, as he put it. Watson's ferocious "Space Guitar" album of 1954 pioneered guitar feedback and reverb. Watson would later influence a subsequent generation of guitarists. His song "Gangster of Love" was first released on Keen Records in 1957. It did not appear in the charts at the time, but was later re-recorded and became a hit in 1978, becoming Watson's "most famous song".


He toured and recorded with his friend Larry Williams, as well as Little Richard, Don and Dewey, The Olympics, Johnny Otis and, in the mid-1970s with David Axelrod. In 1975 he is a guest performer on two tracks (flambe vocals on the out-choruses of "San Ber'dino" and "Andy") on the Frank Zappa album One Size Fits All.He also played with Sam Cooke, Herb Alpert and George Duke. But as the popularity of blues declined and the era of soul music dawned in the 1960s, Watson transformed himself from southern blues singer with pompadour into urban soul singer in a pimp hat. His new style was emphatic - the gold teeth, broad-brimmed hats, flashy suits, fashionable outsized sunglasses and ostentatious jewelry made him one of the most colorful figures in the West Coast funk scene.” 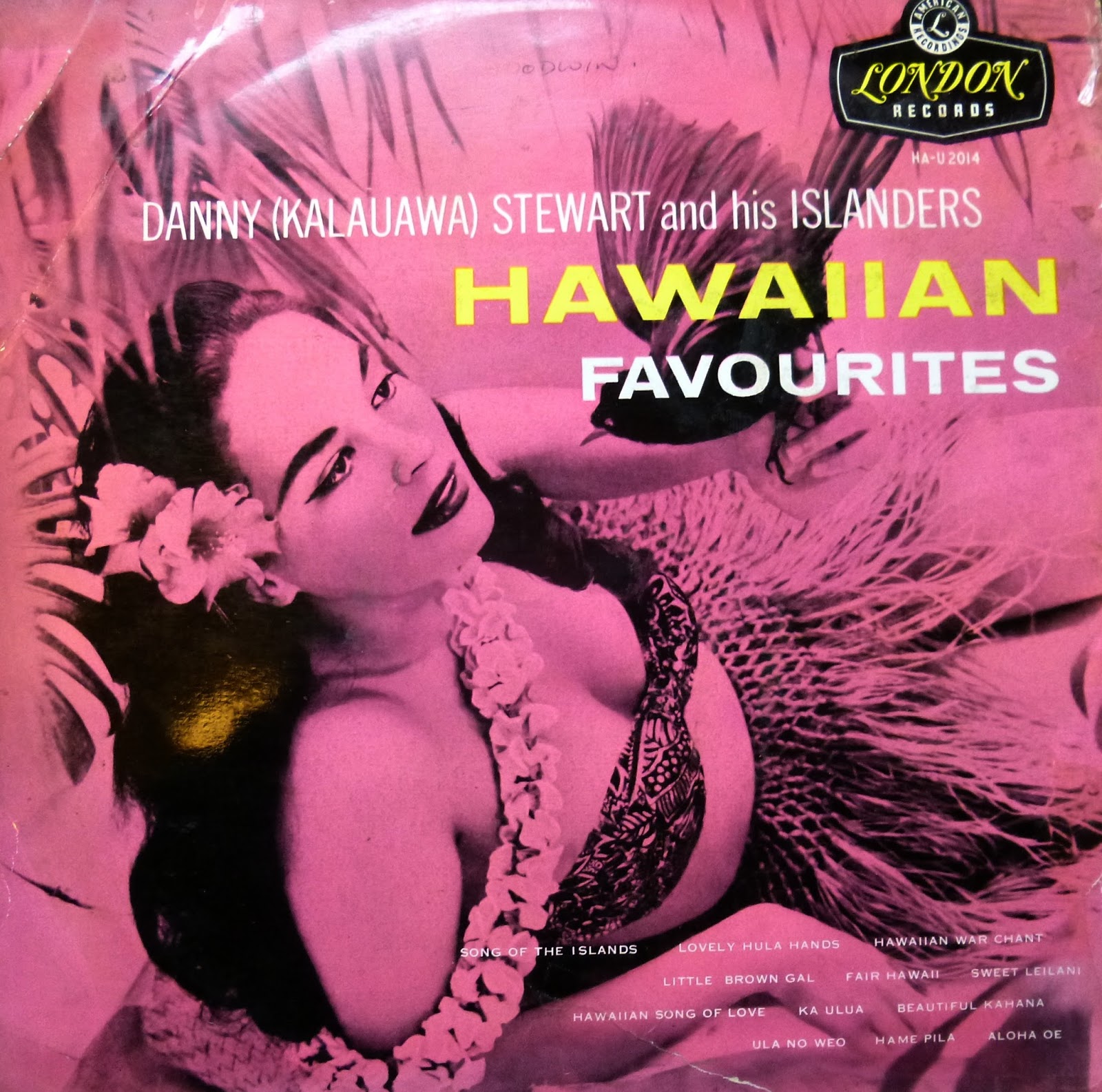 Another of those records you just have to buy for the sleeve alone. The music is quite good too despite playing safely in that middle of the road type Hawaiian "easy listening" vein that fans of this music seem to love. I was once a member of the Hawaiian Tape Club which passed around compilations of exotic south sea island music and most of it was very dull - even duller than this! I sent round a few "novelty" tiki tapes to liven things up a bit but they met with scant response from the mostly fuddy-duddy members.
Heres a quote from the LP sleeve-

"The forces set in motion by the missionaries have made themselves felt very strongly in the songs that Hawaii now sends out to the world. In the first place there is the effect of a people quite recently pagan very quickly civilised and nourishing beneath the surface an engaging naivete which gives to Hawaiian songs something of the quality of the calypso. But there is also a more direct influence, for the form of Hawaiian music is not ancient in origin but has been evolved and adapted over the last century. Even the Hawaiian guitar and ukulele are imported commodities, though the habit of running the fingers over the strings to give a singing intonation has been developed here more than anywhere else. As a final blow to those who dream of going native it must also be recorded that the form of the songs has been shaped most strongly by the swinging tempo of the hymns that those missionaries originally bought from new England and turned into the popular music of the islands."

Danny Stewart  -  Side Two
Posted by Wastedpapiers at 3:15 AM No comments: