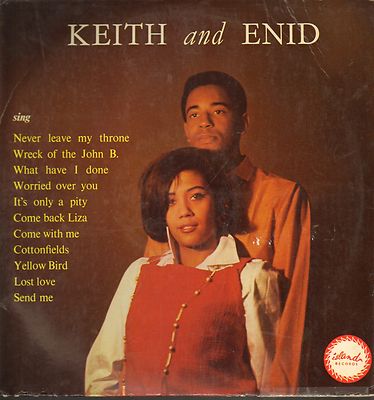 I've had this in my collection for many years but can't remember where I bought it for 35p - probably a junk shop in Limehouse. One of the very first releases on Chris Blackwell's Island label in 1963. Director of music - Ernest Ranglin, who probably plays guitar on some tracks here. Excuse the very bad surface noise.


Keith And Enid  -  Side One
Posted by Wastedpapiers at 5:33 AM No comments: