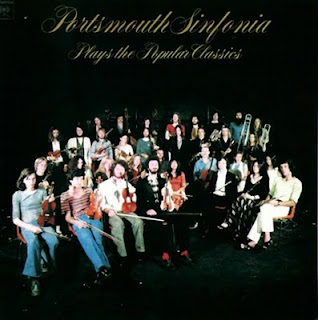 From the other side of that Marty Feldman cassette. Some popular songs given the PS treatment. I've heard worse orchestras I must admit! Funny for about 2 minutes.

"The Portsmouth Sinfonia was an orchestra founded by a group of students at the Portsmouth School of Art in Portsmouth, England, in 1970. The Sinfonia had an unusual entrance requirement, in that players had to either be non-musicians, or if a musician, play an instrument that was entirely new to them. Among the founding members was one of their teachers, English composer Gavin Bryars. The orchestra started as a one-off, tongue-in-cheek performance art ensemble but became a cultural phenomenon over the following ten years, with concerts, record albums, a film and a hit single. They last performed publicly in 1979."

Songs include - Pinball Wizard, Apache, Leader Of The Pack and A Whiter Shade Of Pale.


Portsmouth Sinfonia - Rock Classics
Posted by Wastedpapiers at 1:37 AM 1 comment:


I saw a Gus Elen compilation LP in the Oxfam shop the other day and was tempted to buy it but realised I had most of the tracks already on a cassette that somebody sent me some years ago. All dubbed from scratchy old 78's so excuse the terrible sound quality. I doubt the LP's sound was any better though.

Gus Elen began his career busking, and found a position singing in a minstrel troupe. His solo success began with the coster songs, sung in 1891 at the Middlesex Music Hall[2], when his comedy partner, a man named Daniels, died in a boating accident. They had performed a 'blackface' comedy act, but solo he performed cockney songs and sketches as a 'coster' comedian, dressed in the clothes of a poor East End costermonger, coming himself from a similar background. In an interview, given after he had become a star, he said,
“ Years before I entered the ranks of music hall performers proper, I used to contribute to the programmes of the weekly sing songs held at such places as 'Poppy Lords' in Lisson Grove; the 'Magpie and Stump', Battersea; or the 'George Street Recital Hall'. At the last named hall, the salaries ranged from a shilling to three and sixpence a night with a cup of coffee and a bun thrown in by way of refreshment. In those days I often filled in a season on the 'waxeys' (on the seaside) at Margate and Ramsgate in a Negro minstrel troupe ”
—in Vaudeville, Old and New: An Encyclopedia of Variety Performers in America
Elen was praised as an "authentic cockney from the poor streets" and was well known for his involvement in personally organized charity events. For many years he and his wife distributed free Christmas gifts to the poor in public."

Gus Elen - Coster Songs
Posted by Wastedpapiers at 1:16 AM No comments: 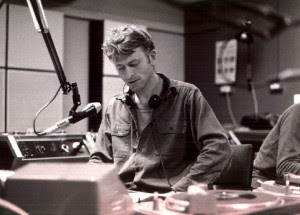 Another "World Of Difference" radio show from 11-10-87 with first half based on listeners choice of "Voices" as a theme which includes Howling Wolf, Youssou N'Dour, M'Bilia Bel etc. The second half of the show Charlie's guests are Ben Mendelsohn and Trevor Armstrong choosing some of their favourites from that time.

Charlie Gillett - Voices Pt. 2
Posted by Wastedpapiers at 12:27 AM 3 comments: 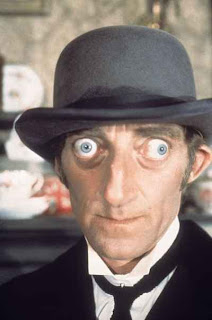 This record is called "The Crazy World of Marty Feldman" and came out in 1969. I don't think it's ever been issued on CD. Tell me if I'm wrong. It certainly should be as its a great album and full of very funny songs like the eight samples here. Written not by Marty but by Dennis King, John Junkin and Bill Solly who all later went on to write songs for the Two Ronnies and Morecambe and Wise etc.Marty is mainly remembered for his work with Mel Brookes and such films as Young Frankenstein, Sherlock Holmes Younger Brother and the ill-fated Yellowbeard but it was in radio he got his start writing for such shows as Round The Horne. Later he worked in television with the Frost Report and At Last the 1948 Show etc. He also wrote for the Army Game and Bootsie and Snudge.He had his own TV series in the late 60's early 70's and another record was issued using the soundtrack to some of these sketches.Although a vegetarian, he was a heavy smoker and died of a massive heart attack at the age of 49 in Mexico whilst filming Yellowbeard.

Songs are as follows -

1. Waltzing With You
2. District Nurse Hargreaves
3. Worlds In Rhyme
4. The Elephant Song
5. Eurovision Song
6. Ilford Town Hall
7. Kensington High Street
8. La Sauce
9. There's a Little Part Of Me
10. Psychedelic Rubbish
11. The Five To Eleven Wal;tz
12. Mavis Wavertree
13. You Without Me
14. The Great Bell 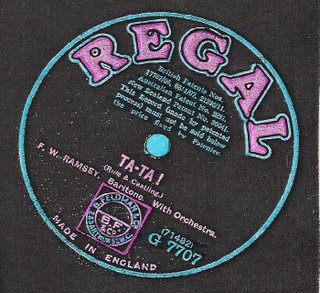 Fred Douglas - In The Gloaming Of Wyoming

Fred Douglas - On Mother kellys Doorstep
Posted by Wastedpapiers at 2:52 AM 4 comments: