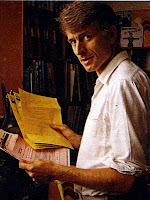 "Highlife, dance music played mostly in Ghana and Nigeria, represents one of the century's first fusions of African roots and western music, and before 1970, it ruled dancefloors across much of West Africa. The World War II era introduced American swing to the highlife mix, already a blend of Trinidadian calypso, military brass band music, Cuban son and older African song forms. Trumpeter and bandleader E.T. Mensah, pioneered the development of the swing-jazz influenced highlife dance-bands that were so popular throughout West Africa in the 1950's and 60's. Indeed, these urban dance bands became the musical zeitgeist of the optimistic period of early independence.

Mensah played music from childhood starting out in 1930 as a flautist in that Accra Orchestra, a band of school children. With his brother Yebuah, Mensah formed the Accra Rhythmic Orchestra in the late 30s. World War II brought an influx of Europeans to Accra, including musicians with jazz training, who had an impact on the local scene.


In 1948, Mensah formed the Tempos and began playing a new music, highlife, bringing the freedom of jazz and older local guitar styles into the more formal dance band music of the pre-war era. The band soon began touring in Nigeria, where they signaled a sea change that would soon sweep the region. The Tempos' songs in English, Twi, Ga, Fante, Ewe, Efik and Hausa seduced admirers as far away as England. In 1956, Mensah's career reached a peak when he performed with the great Louis Armstrong in Ghana. With the rise of Congolese music in the 1960s, highlife's golden era ended. But Mensah continued to perform, as did other top big bands, Jerry Hansen and his Ramblers International, and Uhuru. In the Tempos' wake came many guitar highlife outfits, including Nana Ampadu and his band the African Brothers as well as the City Boys and A.B. Crentsil. Nana now operates a recording studio where he produces releases for the African Brothers, the City Boys, and other highlife groups. Dr. K. Gyasi and his Noble Kings pioneered a sound called sikyi highlife, a lulling, wistful take on the classic dance music. Gyasi too still records, as does Kumasi-based sikyi highlife singer Nana Tuffour. They are all the musical descendants of E.T. Mensah."

Sorry about that blooper