This LP from Barbados was found in a charity shop some years ago. Recorded in the late 60's in New York on the West Indies Records label. The above song is "Bang Bang Lu Lu".

"The music of Barbados includes distinctive national styles of folk and popular music, as well as elements of Western classical and religious music. The culture of Barbados is a syncretic mix of African and British elements, and the island's music reflects this mix through song types and styles, instrumentation, dances and aesthetic principles.
Barbadian folk traditions include the Landship movement, which is a satirical, informal organization based on the British navy, tea meetings, tuk bands and numerous traditional songs and dances. In modern Barbados, popular styles include calypso, spouge and other styles, many of them imported from Trinidad, the United States or elsewhere. Barbados is, along with Cuba, Puerto Rico, Trinidad and the Virgin Islands, one of the few centers for Caribbean jazz."

The Merrymen are still going strong today and you can buy there albums HERE. 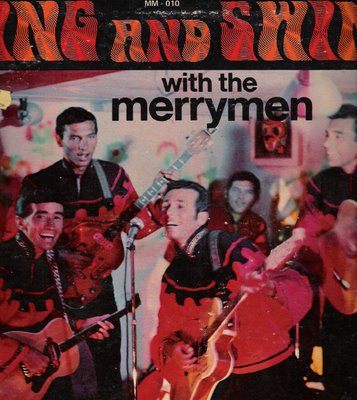 
These SendSpace files are available for seven days or until exhausted.
Posted by Wastedpapiers at 10:06 AM