cow&border
Originally uploaded by wastedpapiers.
Couldn't find any information on this chap on the internet. Not really a boot sale find but from four tracks on a tape that a friend sent me recently. What really stands out on these tracks is the tuba playing - an instrument that lends itself very well to these old music hall songs. At least I think they are old music hall songs? Any light shed on these recordings greatly appreciated.

Chris Sandford - I'll Tell You Where To Put It

These You Send It files are available for seven days or until exhausted. 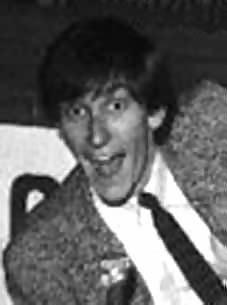 Just been speaking to Jim who sent me the Chris Sandford tracks and he tells me Chris used to be an actor and was for a short while Walter Potts the singing milkman in the soap Coronation Street. He had a top twenty hit off the back of this called "Not Too Little, Not Too Late" in 1963. The tuba playing on this record on the Transatlantic label was done by the same chap who played tuba in the Temperence Seven. For a short while he was also a DJ on the Radio Caroline pirate radio station that braodcast from a ship off the coast of Essex. Jim says he made a few pop records but this was the only LP he had and didn't know of any others. So now you know!
Posted by Wastedpapiers at 2:36 AM

The Cris Sandford record that made No 17 in the charts in 1963 was actually called " Not too little. Not too much "

I think I'm right in saying that Chris Sandford continued to act on TV and in films in the 60s - he was one of Tommy Steele's sidekicks in the 1968 film of 'Half a Sixpence', for instance. He later went into advertising, making and appearing in TV and radio commercials. In 1975 he had a small hit (no. 25) with a parody of Telly Savalas' No. 1 record 'If'. The record was credited to Yin and Yan.

Thanks chaps = much appreciated!