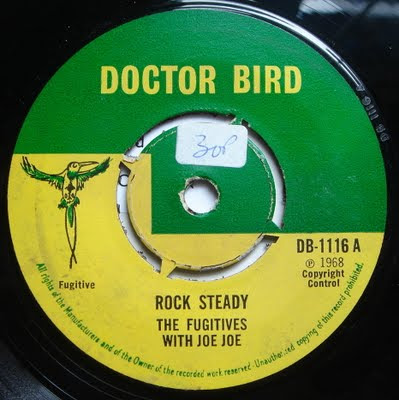 Classic rock steady anthem on the Doctor Bird label from 1968.

"Rocksteady is a music genre that originated in Jamaica around 1966. A successor to ska and a precursor to reggae, rocksteady was performed by Jamaican vocal harmony groups such as The Gaylads, The Maytals and The Paragons. The term rocksteady comes from a dance style that was mentioned in the Alton Ellis song "Rock Steady". Dances performed to rocksteady were less energetic than the earlier ska dances. The first international rocksteady hit was "Hold Me Tight" (1968) by the American soul singer Johnny Nash; it reached #5 in the United Kingdom and United States."

Posted by Wastedpapiers at 3:35 AM