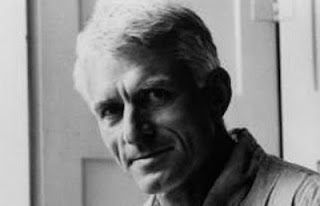 A more recent radio show from Charlie here with guest Nick Hornby who's book High Fidelity was riding high in the book charts. Interesting "ping pong" with Nick playing some of his favourite records including Smokey Robinson and Otis Redding etc.

"Hornby was born in Redhill, Surrey, England. Hornby's sister, Gill, is married to writer Robert Harris.He was brought up in Maidenhead and was educated at Maidenhead Grammar School and Jesus College, Cambridge. His parents divorced when he was 11.

Hornby has been married twice. He and his first wife have one son, born in 1992, who has autism. Hornby's second wife is producer Amanda Posey. They have two sons, born in 2003 and 2005.

Hornby's first published book, 1992's Fever Pitch, is an autobiographical story detailing his fanatical support for Arsenal Football Club. As a result, Hornby received the William Hill Sports Book of the Year Award. In 1997 the memoir was adapted for film in the UK and in 2005 an American remake was released, following Jimmy Fallon's obsession with the Boston Red Sox. With the book's success, Hornby began to publish articles in the Sunday Times, Time Out and the Times Literary Supplement, in addition to his music reviews for the New Yorker. High Fidelity—his second book and first novel—was published in 1995. The novel, about a neurotic record collector and his failed relationships, was adapted into a 2000 film starring John Cusack and a Broadway musical in 2006."

Charlie Gillett - Nick Hornby Pt. 2
Posted by Wastedpapiers at 12:47 AM