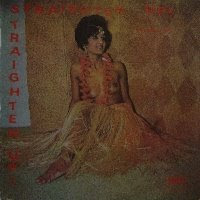 "The label was set up by the Palmer Brothers - Harry, Jeff, and Carl - initially as a soul label, but later concentrating on Jamaican music, releasing rocksteady singles from 1967. Much of the label's output was licenced from Jamaican producers such as Clancy Eccles, Alton Ellis, Bunny Lee, and Lee "Scratch" Perry, although they also released music by local talents such as Junior English and Delroy Washington. Derrick Morgan became one of Pama's biggest stars, having a UK chart hit with "Moon Hop". Pama's biggest hit came with Max Romeo's "Wet Dream", which reached #10 in the UK singles chart (despite lack of airplay, in part due to its risqué lyric), and sold over 250,000 copies.

The rivalry between Pama and their main UK reggae competitor, Trojan Records, was clear, with Trojan's Tighten Up series of compilations and Pama's similarly-titled Straighten Up series going head to head. The rivalry had been fuelled by Bunny Lee's earlier licencing of Derrick Morgan's "Seven Letters" to both Pama and Trojan.

The Charmers - Just My Imagination


These SendSpace files are available for seven days or until exhausted.
Posted by Wastedpapiers at 1:53 PM

PAMA Was A Great reggae label In the 70s (As Good as Trojan) And Now Thier Albums Go For Big Bucks On E-Bay and In Record Collector Magazine,Try This Website for Some Great Sound samples http://www.reggaehitthetown.com/PamaHomeF.htm

Thanks for the link darnell- much appreciated!