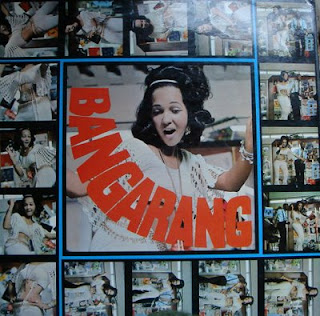 Whilst I am in the ska mood I might as well upload some tracks from this Pama LP from Lester Sterlin who had a hit on the reggae charts back in the late 60's with a tune called "Bangarang" - the title track of this record of mostly chugging instrumentals.

"In December a new sound hit the music scene and this new sound was called Reggae. Among the most outstanding in this field of music, was a tune called BANGARANG performed by Lester Sterlin with narration and singing by the sophisticated "Stranger Cole". The number was the Reggae Number One Hit for quite a few months and still quite a favoutite. the gret Joe Loss Band wasted not time in including this number in their repertoire and feature it quite a lot, to the thrill and entheastification of their thousands of followers."

The young lady on the sleeve is Miss Unity Records, Eunice Cooke.

Lester Sterlin - Reggae In The Wind

Lester Sterlin - Man At The Door


These SendSpace files are available for seven days or until exhausted.
Posted by Wastedpapiers at 12:26 AM

Thanks for dropping by apollo 10.
More ska and reggae coming soon.