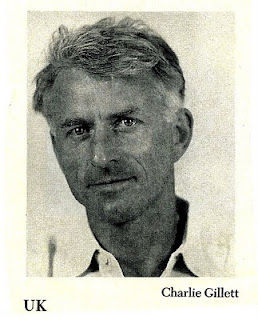 Another great old Honky Tonk radio show from 1978 broadcast on Radio London. Charlie is talking to R&B pioneer Roy Brown and playing some of his hits from the 40's and 50's and tracks from Roy's latest release. Interspersed with some fascinating tales of how it was for black artists in the record business back then - unscrupulous managers and all.

"Roy James Brown (September 10, 1925 — May 25, 1981 was a pioneering Rhythm & Blues singer, songwriter and musician who had a primary influence on the early development of rock & roll music. Brown sang R&B tunes with a gospel feel, the first blues singer to do so. The "call and response" gospel style was limited to the church prior to Brown's arrival to the music scene. R&B was mostly "jivey" novelty tunes, like "Caledonia" by Louis Jordan and blues sung behind jazzy, boogie-woogie beats like "Roll 'em Pete" by Joe Turner. His seminal "Good Rocking Tonight" was covered by Wynonie Harris, Elvis Presley, Ricky Nelson, Jerry Lee Lewis, and Pat Boone. In addition, his melismatical pleading, gospel-steeped delivery impacted the vocal styles of B.B. King, Bobby Bland, Jackie Wilson and Little Richard. His role as a crucial link between postwar R&B and rock's initial rise is underappreciated by the masses."

Charlie Gillett - Roy Brown Pt. 2
Posted by Wastedpapiers at 8:29 AM

I think you've asked me this before cozyt and my answer would be the same - I think I do have a few more hidden around the place- in the attic or the shed - who knows? If I find them I will surely upload them!