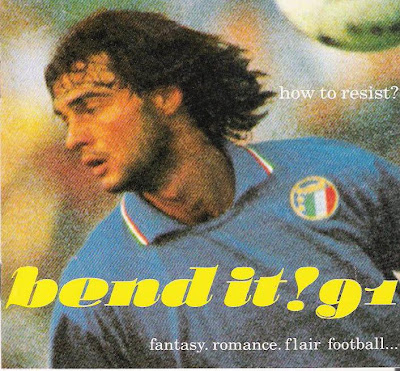 A strange compilation from the 90's -full of odd football inspired songs and audio snippets. I think also the Exotica label produced several of these over the years and also dabbled in Beatles covers. There is a list of artists who appear on the CD which includes Brian Glover, Geoffrey Boycott, Michael Palin, Sophia Loren, Bruce Forsyth and Michael Caine. I must admit I listened through it a couple of times but never heard any of them!

Exotica Records also plans compilations of the worst songs ever and another about Manchester United.

Rainbow Choir - Roger Milla Is My No.9 Dream


These SendSpace files are available for seven days or until exhausted.
Posted by Wastedpapiers at 5:34 AM

could you put this on again so i can download the songs?