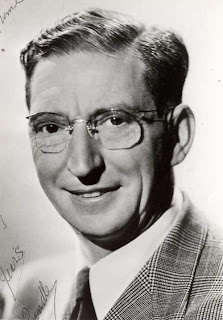 I have a few old radio shows , mostly profiles of british comedians and so I thought I would air a few of them here as the boot sales and charity shops are a bit quiet these days.
Here's what Wikipedia says about Frank Randle-

"Frank Randle (Born Arthur Hughes, also known as Arthur McEvoy) (January 30, 1901 - July 15, 1957) was an English comedian. A contemporary of fellow Lancastrians George Formby and Gracie Fields, he was regarded as more subversive, perhaps the reason that the immense popularity he enjoyed during his lifetime has not survived him.
Born in Wigan, Lancashire, he left school aged 13 and worked in a variety of menial jobs until two years later he joined an acrobatic troupe. In 1928, he began to tour as a comedian, principally in Lancashire and the North, developing his own show, Randle's Scandals. He took equity in John E. Blakeley's Manchester-based Mancunian Film Studios and appeared in eight of its productions.
Randle's mischievous wit led to a running conflict with Harry Barnes, police chief of Lancashire seaside resort Blackpool, who frequently banned and censored his material. Randle responded to his critics in robust fashion, frequently throwing his false teeth into the audience and once bombarding Blackpool from an aeroplane with toilet rolls. Randle's police charge sheet is lodged with the Lancashire Constabulary collection, cared for by Lancashire County Museums.
On the outbreak of World War II, having failed his medical to join the RAF, Randle joined the Home Guard and started to establish a career in films that even overtook that of Formby. His iconoclastic portrayal of the underdog, flouting authority and disrupting the establishment found a ready audience in a population suffering the privations of war.
With the decline of the music halls in the 1950s, Randle's popularity faded. Pressed by debts and tax arrears and suffering from the consequences of a life of alcohol abuse, he was made bankrupt by the tax authorities in 1955. He died in Blackpool of gastroenteritis, in 1957."

Frank Randle - How Tickled I Am


This SendSpace file is available for seven days or until exhausted.
Posted by Wastedpapiers at 11:05 PM

Hi Boots.
Down here in Australia we just had the Ken Dood Parky interview on fta-TV.

I am going around all the links with Reverend Frost
of Spread The Good Word
the music blog
to say he is in trouble
and if you can PayPal him even ONE EURO (100+ people link to him)
he would be paid back for all the tracks we have downloaded from his blog.
Peace and love ...

Thanks for dropping by Ann. Must have missed that Parky interview with Doddy. How untickled I am!

HI Peter- Nice of you to drop by the old blog. I will have to uplaod some more comedy profiles.
Love to the Quinnell clan.

Someone sent me a video containing clips of Frank Randle conducting a band concert, very much in style of Spike Jones. Anyone know what the movie was, and when it was made?