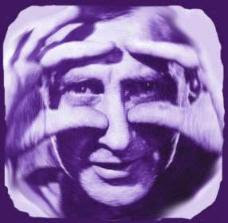 A comedy genius and inspiration. From the incredible ground breaking Goon Shows to his hilarious wartime autobiographies and TV shows like "Q5", The World OF Beachcomber, etc. etc. He made many records and a few of my favourites here from various sources - the latter two with Peter Sellers from a compilation of Peter Sellers on the EMI Comedy Classics series from 1990.

"During most of the late 1930s and early 1940s Milligan performed as an amateur jazz vocalist and trumpeter, both before and after being called up for military service, but even then he wrote and performed comedy sketches as part of concerts to entertain troops. After his call-up, but before being sent abroad, he and fellow musician Harry Edgington would compose surreal stories, filled with puns and skewed logic, as a way of staving off the boredom of life in barracks.
During World War II he served as a signaller in the 56th Heavy Regiment Royal Artillery, D Battery, as Gunner Milligan, 954024 with the First Army in North Africa and then in Sicily and Italy. He rose to the rank of Lance-Bombardier and was about to be promoted to Bombardier when he was wounded in action in Italy. Subsequently hospitalised for shell shock, he was demoted by an unsympathetic commanding officer back to Gunner.
After his hospitalisation, Milligan drifted through a number of rear-echelon military jobs in Italy, eventually becoming a full-time entertainer. He played guitar with a jazz/comedy group called The Bill Hall Trio in concert parties for the troops. After being demobilised, Milligan remained in Italy playing with the Trio but returned to England soon after. While he was with the Central Pool of Artists (a group he described as composed "of bomb-happy squaddies") he began to write parodies of their mainstream plays, that displayed many of the key elements of what would become The Goon Show with Peter Sellers, Harry Secombe and Michael Bentine.

Milligan returned to England in the late 1940s and made a precarious living with the Hall trio and other musical comedy acts. He was also trying to break into the world of radio, as either a performer or as a script writer. His first success in radio was as writer for Derek Roy show. Milligan soon became involved with a relatively radical comedy project, The Goon Show. Known during its first season as Crazy People, or in full, "The Junior Crazy Gang featuring those Crazy People, the Goons!", the name was an attempt to make the programme palatable to BBC officials by connecting it with the popular group of comedians known as The Crazy Gang.
Milligan was the primary author of The Goon Show scripts (though many were written jointly with Larry Stephens, Eric Sykes and others) as well as a star performer."


These SendSpace files are available for seven days or until exhausted.
Posted by Wastedpapiers at 1:53 PM