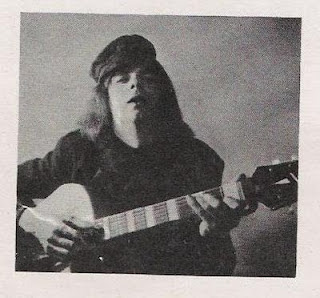 An LP I found at a boot sale a while back from 1965- recorded before an invited audience on the World Record Club label. Roy is joined by Doug Fisher, Sheila Steafel and Jock Druncan. Musical arrangements and direction by Norman Percival. I love the Singing Postman inspired song here "Peeping Tom" that sounds exactly like him!

He broke into TV appearing on Not So Much A Programme, More A Way of Life, but found wider fame with 1969’s The Roy Hudd Show.

Since 1975 The News Huddlines has had an amazing run on Radio 2, and is something of an institution. Although it's currently off-air, it will be back next year.

Roy's work as a dramatic actor in television has also won him praise. Dennis Potter's Lipstick on your Collar proved a huge success. This led to his most endearing dramatic role, again written for him by Potter, that of Spoonerism-afflicted Ben Baglin in Karaoke.

Roy was recently seen as Archie Shuttleworth in Coronation Street."

1. Notice To Quit
2. Peeping Tom
3. Share My Garden With Me
4. Please Put A Penny
5. The Society Wedding Stakes
6. Bus Driver
7. A Stroll Down Memory Lane