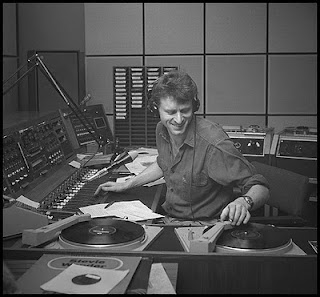 Another radio show from The Alchemists series on Capital around early 80's with Charlie talking to guest Todd Rungren who plays some of his own records and some by people he has produced like the New York Dolls and The Psychedelic Furs.

"Todd Harry Rundgren (born June 22, 1948) is an American musician, singer-songwriter and record producer. Hailed in the early stage of his career as a new pop-wunderkind, supported by the certified gold solo double LP Something/Anything? in 1972,[1] Todd Rundgren's career has produced a diverse range of recordings as solo artist, and during the seventies and eighties with the band Utopia. He has also been prolific as a producer and engineer on the recorded work of other musicians.

During the 1970s and 1980s, Rundgren engineered and/or produced many notable albums for other acts, including Stage Fright by The Band, We're an American Band by Grand Funk Railroad, Bat Out of Hell by Meat Loaf (now ranked as the fifth biggest-selling album of all time), and Skylarking by XTC. In the 1980s and 1990s his interest in video and computers led to Rundgren's "Time Heals" being the eighth video played on MTV, and "Change Myself" was generated on commercially available Amiga Computers.

His best-known songs include "Hello It's Me" and "I Saw the Light" which have heavy rotation on classic rock radio stations, and "Bang the Drum All Day" featured in many sports arenas, commercials, and movie trailers."

Charlie Gillett - Todd Rundgren 2
Posted by Wastedpapiers at 9:33 AM