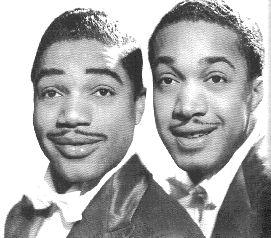 "Born: Bulee Gaillard, January 4, 1916, Detroit, Michigan - Died February 26, 1991 - England
Other sources including Gaillard himself have claimed he was born on 1 January 1916 in Santa Clara, Cuba. Gaillard led an adventurous childhood. On one occasion, while traveling on board a ship on which his father was steward, he was left behind in Crete when the ship sailed. His adventures became more exciting every time he recounted his tales and include activities such as professional boxer, mortician and truck driver for bootleggers. Originally based in Detroit, Gaillard entered vaudeville in the early 30s with an act during which he played the guitar while tap-dancing. Later in the decade he moved to New York and formed a duo with bassist Slam Stewart in which Gaillard mostly played guitar and sang. Much of their repertoire was original material with lyrics conceived in Gaillard's personal version of the currently popular 'jive talk', which on his lips developed extraordinary surrealist overtones. Gaillard's language, which he named 'Vout' or 'Vout Oreenie', helped the duo achieve a number of hit records, including 'Flat Foot Floogie'. Their success led to a long running radio series and an appearance in the film Hellzapoppin."

Find out more about Slim HERE

I think Slim is on the left in the photo.

Slim Galliard - African Jive
Posted by Wastedpapiers at 5:27 AM

Man I love Slim! I used to listen to Radio McVooty on the web before they changed their format. It was all Slim all the time baby!! It's still around, just not free.

Yes, it's Slim on the left of the photo.... there's a great (reasonably priced) box set on the Proper Records label called 'Laughing In Rhythm'.... Right-orooni!

Thanks scurvy and uncle deetou - much appreciated. I had not heard of Radio McVooty I must admit.
The Proper Records set sounds like a good buy. I have one on the Affinity label from a few years ago "Slim & Slam" The complete recordings 1938-42. Also a great one if you can still find it.