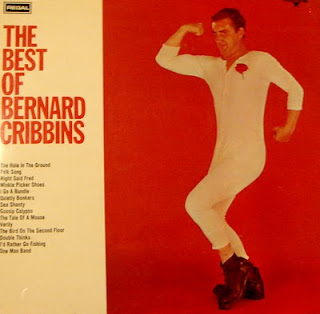 An LP on EMI Starline label from 1963. A compilation of some of his hits and the B sides. Bernard is a fine actor and can currently be seen in the latest Dr.Who series on BBC.

Bernard Cribbins - The Tale Of A Mouse

Bernard Cribbins - The Bird On The Second Floor

Bernard Cribbins - I'd Rather Go Fishing
Posted by Wastedpapiers at 2:28 PM

Thanks chaps. Always amazed at how very few records he made back then considering all the hits he had in the 60's.

Great blog Doc. by the way - a real tonic!