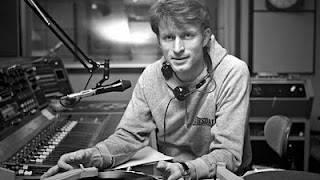 Another Charlie Gillett radio show from the late 80's - 4th June 1989 to be exact. His guest that week was singer, song writer, producer Peter Gabriel who was talking about his Real World record label and playing songs by people like Youssou N'Dour, Tabu Ley and Nusrat Fatah Ali Khan amongst others.

"Peter Brian Gabriel (born 13 February 1950) is an English singer, musician and songwriter who rose to fame as the lead vocalist and flautist of the progressive rock group Genesis.[1] After leaving Genesis, Gabriel went on to a successful solo career. More recently he has focused on producing and promoting world music and pioneering digital distribution methods for music. He has also been involved in various humanitarian efforts. Gabriel was awarded the Polar Music Prize in 2009. He was inducted into the Rock and Roll Hall of Fame as a member of Genesis in 2010."

Charlie Gillett - Peter Gabriel Pt.2
Posted by Wastedpapiers at 7:49 AM