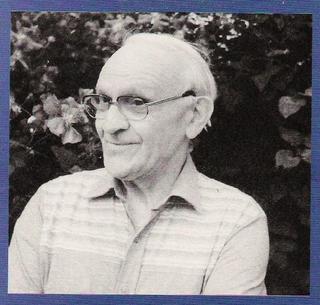 "Born in Pretoria, South Africa, it was his mother who unwittingly provided him with the inspiration for his language.

When she tripped up one day, she told her son that she had "falloloped over and grazed her knee clapper".

Unwin developed his unique language by reading fairytales to his children.

He began his career as a BBC engineer in 1940, and was soon persuaded to perform his party piece in front of a microphone.

His fame grew after he began doing spots on variety show broadcasts.

One of his biggest fans was the late Tommy Cooper who once described him as "bleeding barmy".

Unwin was also said to have influenced comedians such as Spike Milligan, Peter Cook, Freddie Starr and the Monty Python crew.

He also starred in a number of films, with roles including the Chancellor in hit children's film Chitty Chitty Bang Bang and the landlord in Carry On Regardless.


He developed his own unique language
In 1968 Unwin reached a whole new audience when he appeared on The Small Faces' 1968 album Ogdens Nut Gone Flake."


These SendSpace files are available for seven days or until exhausted.
Posted by Wastedpapiers at 4:36 AM

Fistly I must congratulate you on producing such an informative and entertaining blog.

Thankyou so much for these Stanley Unwin tracks. I have been looking out for his recordings for a few years with no luck until now. Would it be at all possibble to post the remaining tracks.

I will understand if your time is precious. Running a few blogs myself,and helping out at my local radio Angel,based in Havant,Hants I find my time limited for my hobby of record collecting.

I joined Blogger a year ago but have mainly kept it as back up for my main blog @ boppinbob.multiply.com where I try to introduce old and not so famous musicians etc.by a short bio and play list and video (if possible).
Thanks again
Regards
Bob

Thanks Bob. Nice of you to say so. I dont get many comments so feedback is always appreciated. I will try and upload the other side of the Stanley Unwin record at some point.

Thanks for making these available - they're great!