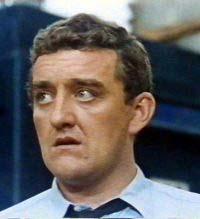 
Bernard Cribbins - The Bird On The Second Floor


These SendSpace files are available for seven days or until exhausted.
Posted by Wastedpapiers at 2:24 AM

As a child I had a cassette of Bernard reading A House At Pooh Corner. It was played to death and is still the best narration of this story in existance.

Quite right. Amazing distinctive voice. Shame he never made many records. I have an LP compilation of all his best stuff on EMI - Hole In The Ground, Right Said Fred etc. These two tracks from a CD called The Best Of British Comedy on the dutch Disky label with motley crew of others from sublime- Norman Wisdom and Joyce Grenfell to ridiculous- Mollie Weir!

I have still got my bernard Cribbins Parlophone 45's. Gossip Calypso brings back fond memories of me and my brothers fighting over the Dansettte player.
Thanks foe a great nostalgic and informative blog.
Regards.
Boppinbob

I got the new compilation recently, which is great but omits the B-side of 'Right Said Fred' - my dad Fred bought a 60s issue - called 'Quietly Bonkers'.

Found some nice pages while I was searching for dates: http://www.45-rpm.org.uk/dirb/bernardc.htm

Thanks JVK. Sorry its taken me so long to get back to my comments.